When District Attorney Paul Howard commissioned a report to gather data in 2016, it was not designed to frighten people but rather to make everyone aware that we are staring at a crisis that gives every indication that it will get worse," Howard said.  One of the report's authors, Dr. Kevin Baldwin, said that if the trend continues as expected, the number of deaths is only expected to increase. Join us for this informative luncheon on the status of the epidemic today.
Update on the Task Force - a joint effort between Johns Creek Police Department, Alpharetta Police Department and
Forsyth County Sheriff's Office
Johns Creek Police Chief, Ed Densmore 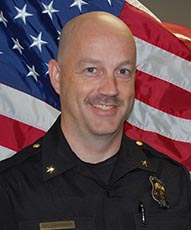 Medical Minute provided by our Sponsor